Village leader, Blia Shoua Her (center), holding an old American M-79 grenade launcher and surrounded by former Hmong fighters from the CIA's Secret Army, near Vang Vieng, Laos, July 3, 2006. Most of the men are from surrounding CIA Lima Sites 363, 319, 90 and 74. The CIA established remoted jungle landing strips in Laos called Lima Sites to provide aerial supply to their Secret Army. Ironically the Lao communist government now uses Lima Site 363 to supply its troops and to attack Blia Shoua Her and his men from the Secret Army...**EXCLUSIVE, no tabloids without permission**.The Hmong people pictured have hidden in remote mountains of Laos for more than 30 years, afraid to come out. At least 12,000 are said to exist, with little food, scavenging in the jungle. Most have not seen the modern world. Since 1975, under the communists, thousands of reports evidence the Hmong have suffered frequent persecution, torture, mass executions, imprisonment, and possible chemical weapons attacks. Reports of these atrocities continue to this day. The Lao Government generally denies the jungle people exist or that any of this is happening. The Hmong group leader, Blia Shoua Her, says they are not part of the Hmong resistance and want peace. He claims they are just civilians defending their families, hoping to surrender to the UN.. 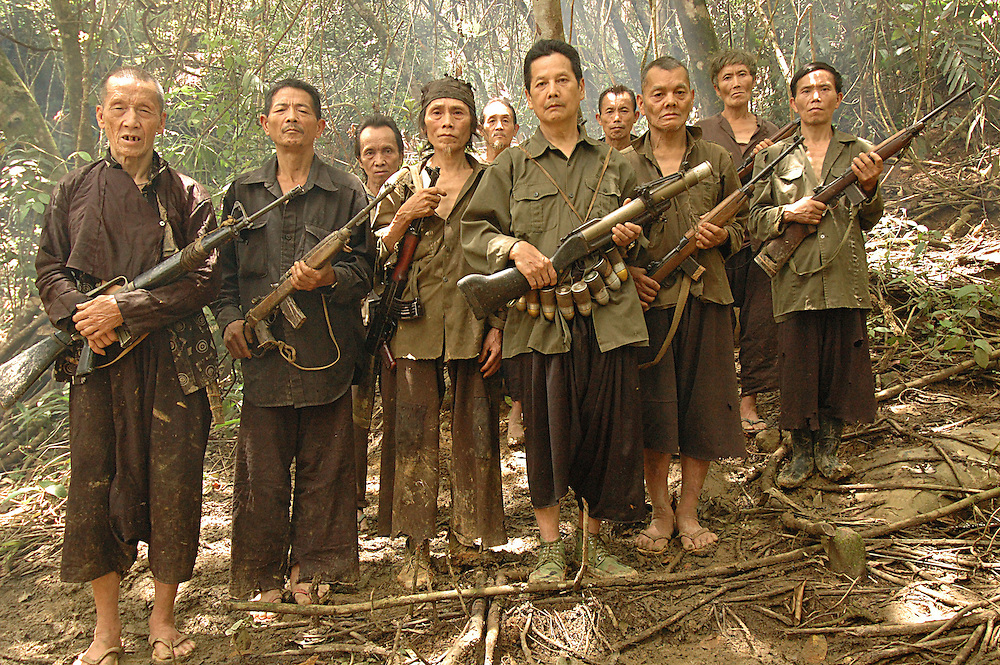