Candidates for ANA officer cadet school take academic tests given by American, ISAF NATO, and Afghan soldiers at the National Military Academy of Afghanistan (NMAA), modeled on the US Military Academy at West Point. Out of approximately 3,000 applicants only 300 are selected each year during three days of academics and fitness tests. The first class will graduate in 2009 with four year degrees majoring in civil engineering, computer sciences and law. By 2012 the campus will be housed in a new $150 - 200 million facility named the Afghan Defense University (ADU). The school is run by Afghan instructors with mentors from the 41 nation coalition International Security Assistance Force (ISAF) forces. 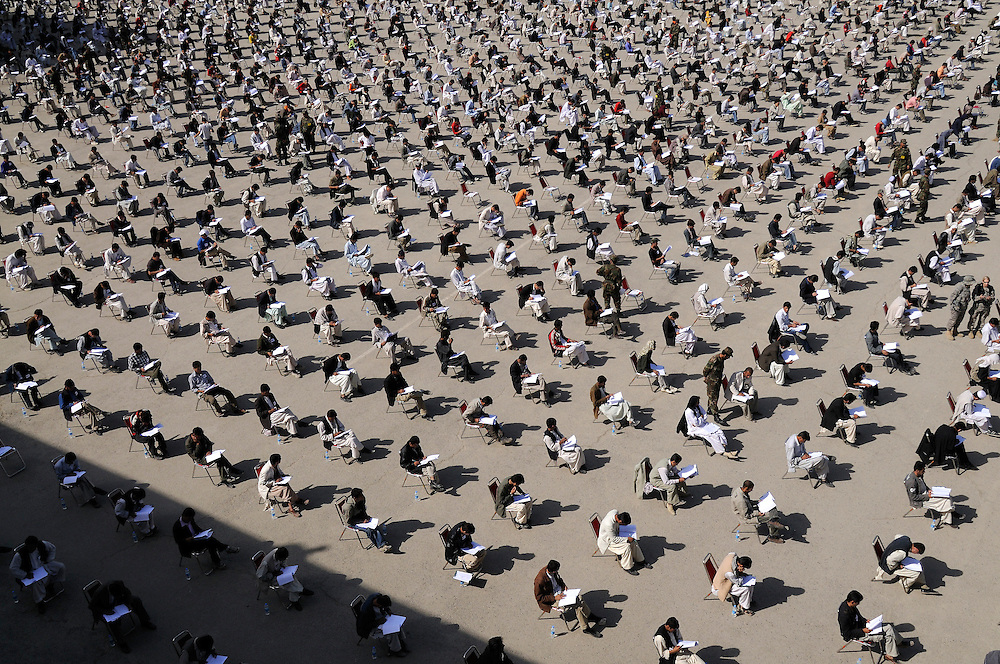