The religious officer from the ANA 3rd Brigade, 201st Corps, speaks with villagers during an operation in Tagab Valley.....Colonel Haynes was firm about the Afghan's potential indicating they inherently understand COIN. The ANA is a national army with each unit strictly reflecting the ethnic make up of the nation. Unlike foreign forces they speak the same languages, understand the culture and people. Haynes stated, "Heck they even invented the corps religious officer who they use to relate to the people. I never heard of it before, but I love it!" Each ANA brigade deploys a religious officer, or mullah, who preaches to villagers the sins of supporting violent insurgent groups. Unconventional innovative ideas like this are essential in COIN. 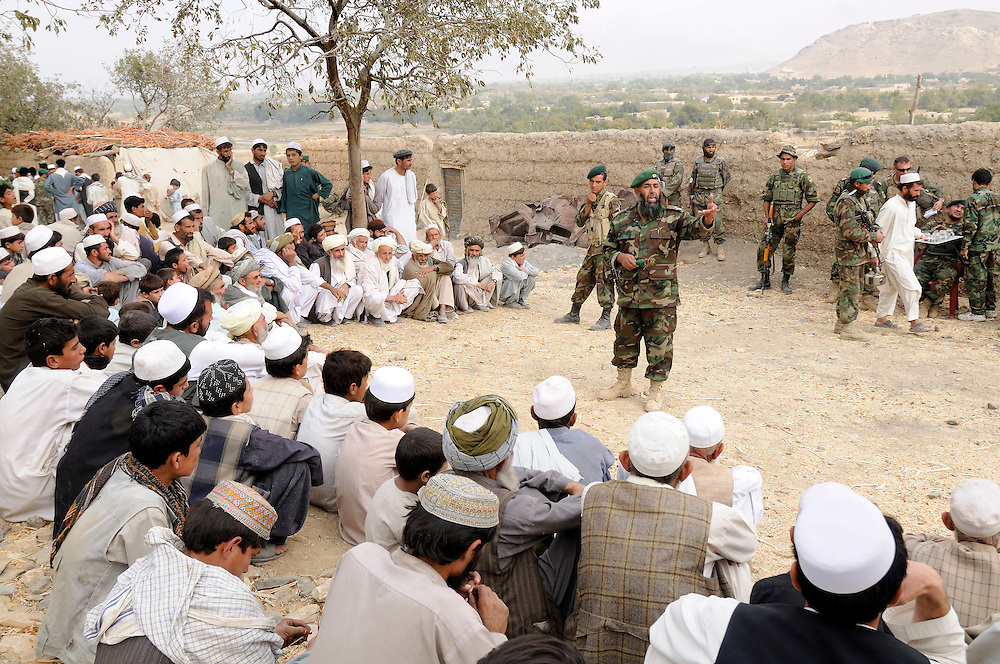