The 16th century Buddha at Wat Phia Wat is almost all that is left of the ancient capital of Xieng Khuang, Laos. The Buddha is missing part of its right arm and is scared by bomb scrapnel. The temple that once covered it was blown up. In 1969 between 1,500 and 2,500 structures were flattened in the town and surrounding area by fierce air to ground fighting in US Operation "Rain Dance." The town and temple was reported to be occupied by communist insurgents mostly comprised of large heavily armed concentrations of North Vietnamese Army invading Laos. 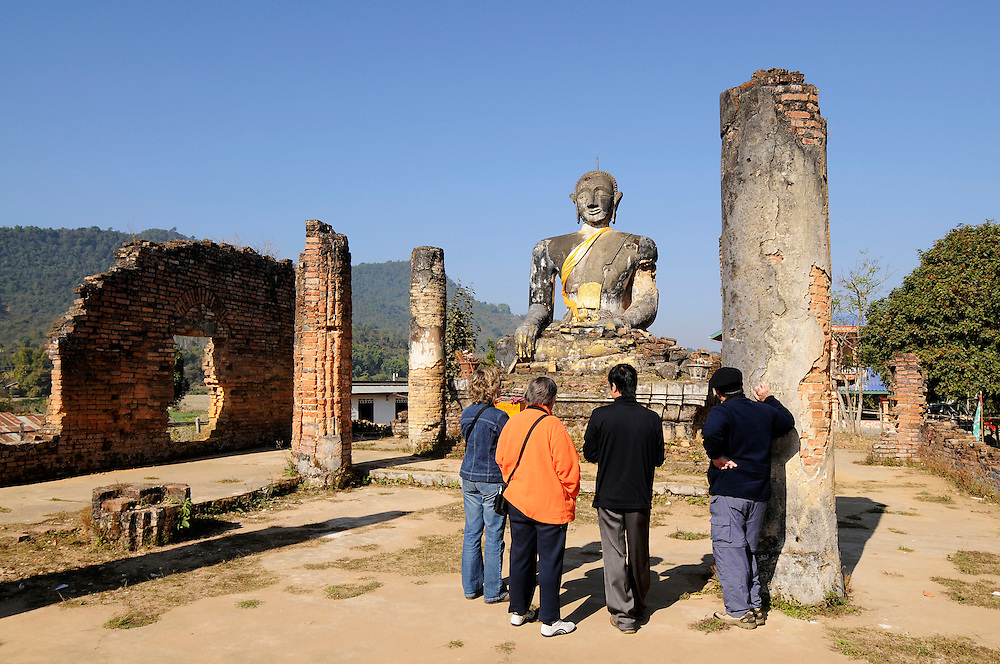