US Marine Colonel Jeff Haynes, Commanding Officer, 201st Regional Corps Advisory Command, (left) inside a "Qalat," with a OH-58 Kiowa helicopter overhead. To his right is Marine Major Byron V. Chapman.....US mentors are living with Afghan National Army soldiers in a small "Qalat" rented from a nearby village in Tagab Valley. It is part of the counterinsurgency effort to connect with villagers, gather intelligence and provide local security.....Colonel Haynes said fixating solely on the enemy is a mistake. His men are on the sharp end of the fight taking calculated risks as COIN doctrine prescribes. The Marines' COIN strategies come from lessons learned by the French and British as well as their own history. During the Vietnam War the Marines employed a similar COIN idea with some success known as "Combined Action Programs (CAP's)." They lived in villages and fought alongside indigenous Vietnamese security forces. Marine General Victor "Brute" Krulak defended the program and waged his own internal policy war with Army General Westmoreland. Krulak lost his battle with Westmoreland who preferred massive firepower and body counts - a strategy that wreaked havoc on the civilian population. .. 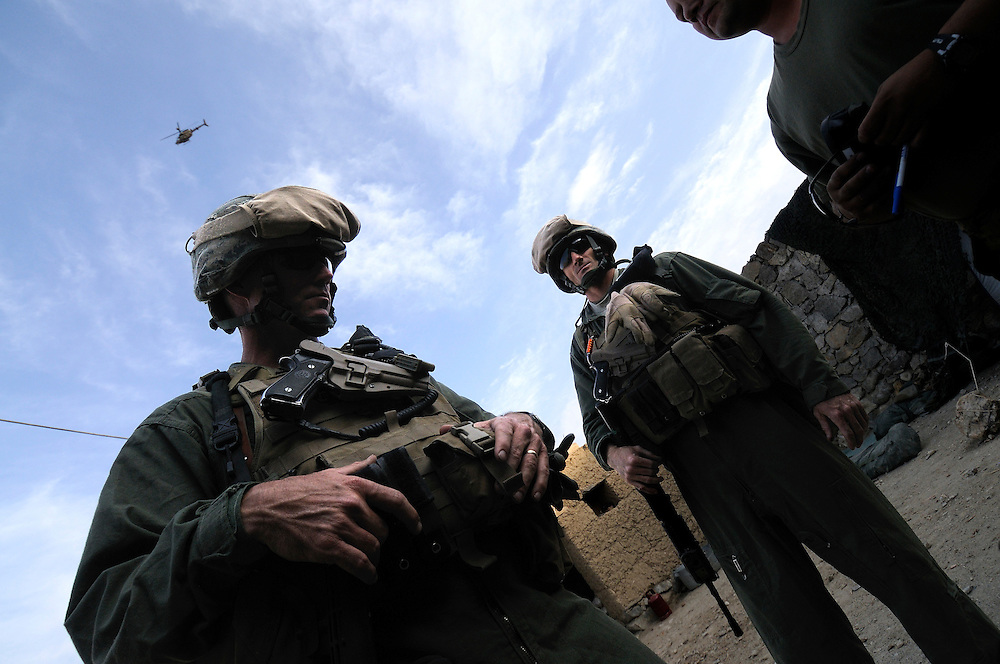