The Beijing News - page featuring US weapons converted to other uses like planters, boats and satelite dishes. The USA dropped more than 2 million tons of bombs on Laos during the "Secret War" in Laos, which was waged as part of America's involvement in Vietnam. The large picture is of a boy with a hammer standing next to a bomb bell used to call meetings in his village in Xieng Khouang Province. The bomb bell is made from a US 750 lb Mk-117 bomb. 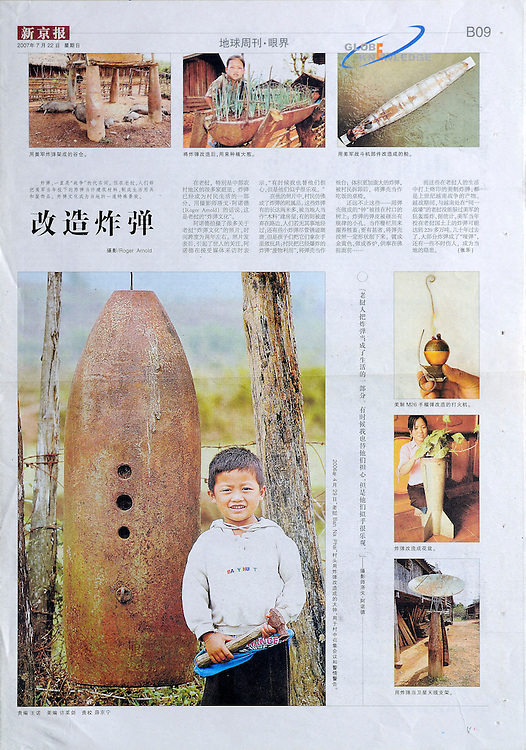