A man dressed as a Phi Ta Khon or ghost at the Phi Ta Khon Festival, Dan Sai, Thailand, Saturday, July 5, 2008...The Phi Ta Khon or Ghost Festival is held each year combining the celebration of Boon Phra Wate held during the 4th lunar month and Boon Bung Fai held during the 6th lunar month. It is a combination of Buddhist merit making and offerings to the spirits for rain and a productive rice harvest. There are solemn ceremonies following normal Buddhist scripts and ghosts or spirits are often intertwined with this...However, each year the 3 day festival draws raucous teams of local mask makers, mostly young men, who dress as Phi Ta Khon "Ghosts" and consume large quantities of lao khao (rice wine). The Phi Ta Khon parade through the streets with large wooden phallus symbols playfully teasing everyone. Each day the parade ends at Phon Chai Temple where the Phi Ta Khon and the townís people circle the temple repeatedly dancing and cheering. There are also giant Phi Ta Khon Yai made of bamboo resembling men and women with exaggerated genitals. Many in the crowd take turns leading the male Phi Ta Khon Yai around the temple by his sex organ. ..The top of the masks are made of traditional rice baskets and rockets are fired into the sky to please the spirits and signal for rain...The parade celebrates the Buddhaís last great incarnation before achieving enlightenment. According to legend the last incarnation was celebrated with such fervor that the parade invoked the spirits to join in the festivities.. 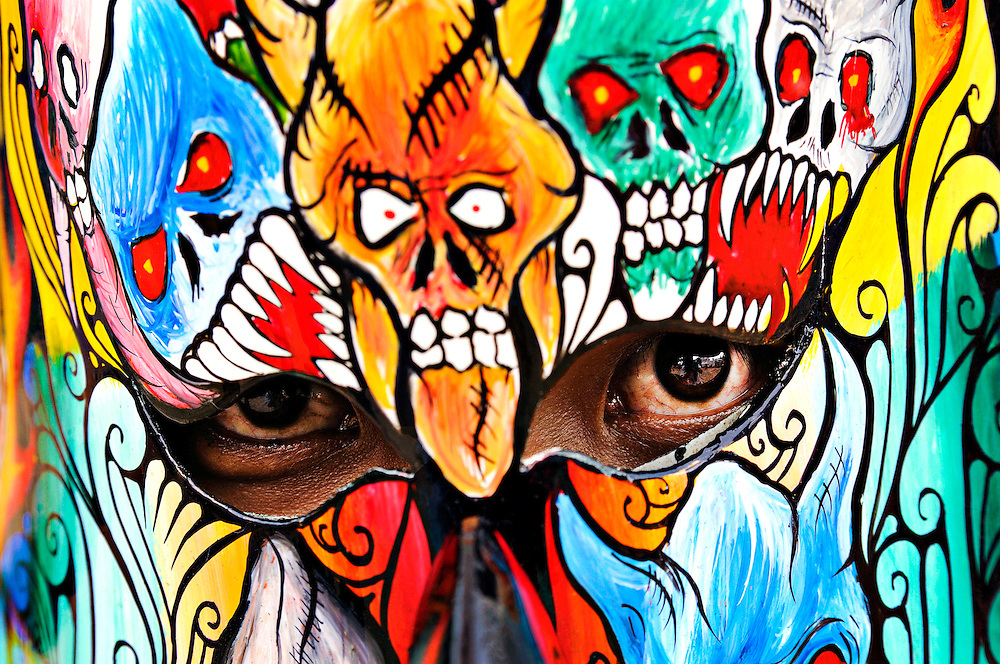