Pilot, Danielle Aitchison and her partner Chris Hood, narrowly missed being hit by a suicide bomber very similar to the one seen here. On March 13, 2008 a suicide car bomber rammed into a military convoy on Airport Road, near Kabul International Airport. The blast killed 6 and injured 15. Danielle said the blast was 40 meters behind the car she was traveling in and pushed her forward in her seat. "We got out of their as quickly as possible, because unfortunately you might go to try and help, but a second one might come and try to kill more people. That was a very humbling experience that brought you right back to where you were and the dangers of being here.". .Pictured here:.A suicide bomber rammed his car into a NATO convoy on Monday, August 11th, 2008, in Kabul, Afghanistan. According to reports a British soldier and 3 Afghan citizens were killed with at least a dozen more injured. 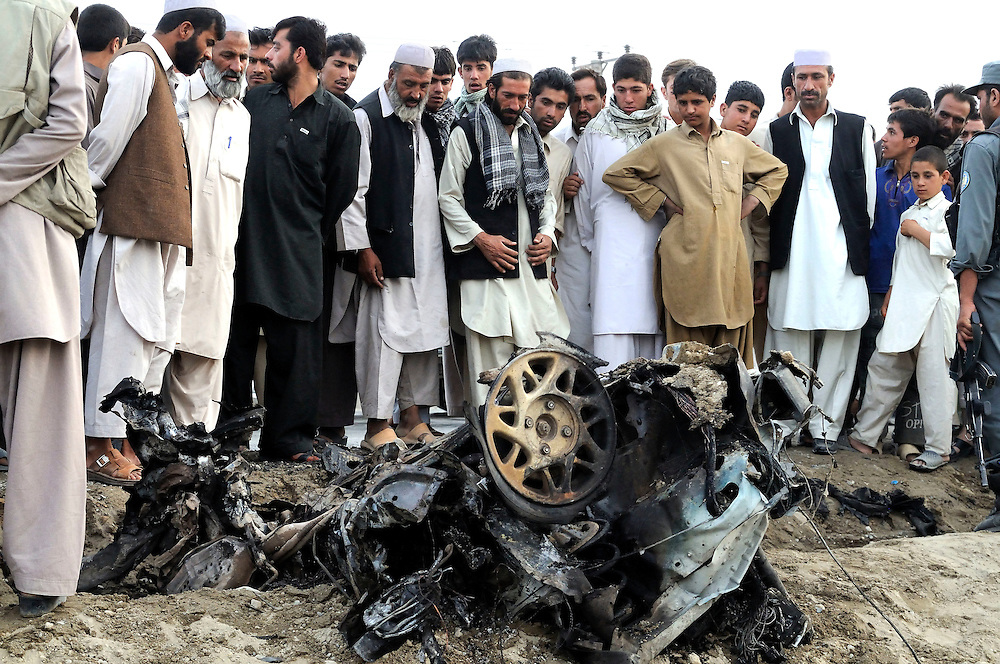