Lek with Hope at the Elephant Nature Park near Chiang Mai, Thailand. ..Hope is the most active and mischievous elephant in the park, whom she rescued as a baby. "I spoiled him. Now he thinks he is a prince here," she admits. When Hope first started living at the park he went up to Uncle Mac the tallest elephant in Thailand trying to intimidate him. Lek says, "Hope thought he was a big boy," but Uncle Mac, twice his size, was not afraid of him. But she explains - everyone at the park must obey Hope. ..One day a local rafting guide poked Hope with a stick and laughed as he was guiding clients down the river passing through the park. Lek says Hope never forgot that man. Hope would allow every rafting guide and their clients to pass with no problem, but every time that man appeared on the river Hope would run and turn his raft over. She says the man tried shaving his head as a disguise, but ended up having to quit. Hope always remembered him. ..However, Lek says, "The vet [veterinarian] is Hope's number one enemy." One time Hope injured his tusk fighting with an elephant named Jungle Boy. The vet used a huge painful needle to cure Hope's infection. Lek laughs as she continues, "A few weeks later the Vet walked past Hope and he felt something hit the back of his head that was very wet. The vet could feel and smell that it was poop. Hope just grabbed his poop and threw at the vet. Then Hope stood their innocently pretending he didn't do it! The vet turned away and Hope did it again!" Even today the vet can't go near Hope unless the ground is cleaned up first. Lek says, "Oh my god. Hope causes me so much trouble. He always has to show everybody who is the boss." . 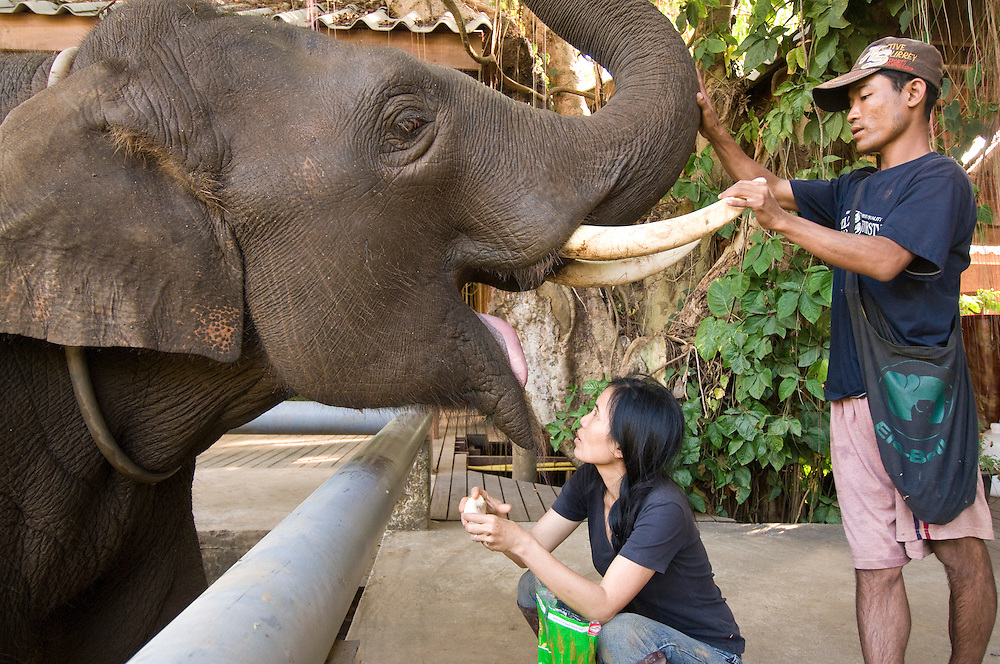