US Marine Colonel Jeff Haynes, Commanding Officer, 201st Regional Corps Advisory Command, (left) and US Marine Sgt Major Patrick Dougherty (center) with ANA Sgt Major Armanzi inspecting ANA progress in the Tagab Valley. In the back ground is heavy equiptment used to grade the road. ....One of the main tactics is a new road through Tagab Valley that will allow traffic to bypass Kabul providing a more direct link between Pakistan and destinations north including Uzbekistan and Tajikistan.....To win the Tagab Valley, Colonel Haynes said, "The creeping barrage of goodness, really centers on the road going up the valley, because then you can begin development projects and increase prosperity. The cab fare for villagers went from $8 down to $1 just because the ANA graded the road." As the ANA move north through the valley they are building combat outposts to sustain the gains. Haynes confirmed this is an ANA campaign - the first of its kind - his soldiers are mentoring the ANA, there are no coalition troops. .. 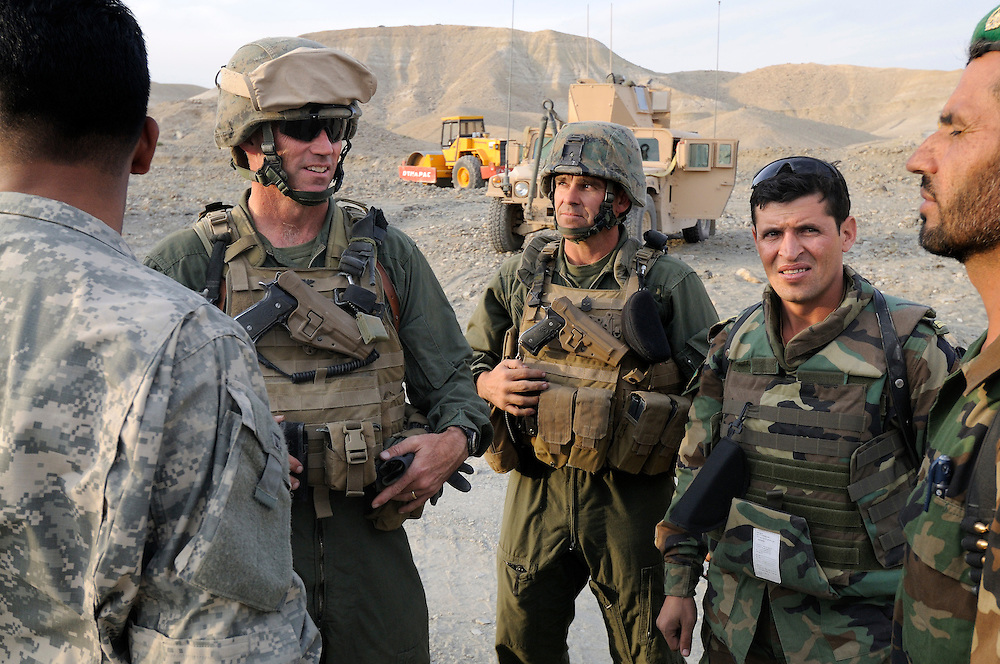