UNHCR returnees speak with Mr. Adel and Vivian Tan from UNHCR at Mohajir Qeshlaq, Sholgara District, Balkh Province, Afghanistan, on Monday, October 6, 2008. Mr. Abdul Qayum's family faces desperate conditions with winter coming, unable to build a home due to unresolved land issues. His oldest son Akhtar, age 15, like many young men is returning to Pakistan for work. His other children, Hakim age 11 and Mastura, age 9, are laboring in the cornfields attempting to feed their family. His younger children include Aziza and Manam, with wife Shah Bibi, a widowed relative and the family's Grandmother...Background: In early summer 2008, around 150 families returned to Sholgara district from Jalozai camp in Pakistan. They had acquired a piece of land before return, but due to ethnic tension the surrounding communities fiercely opposed the settlement of Pashtuns in their midst. For 4 months they lived in a camp-like situation in Sholgara centre but now the government has identified a piece of land for them in Mohajir Qeshlaq. This year UNHCR was unable to include them in its shelter program due to the unsettled land issue, but they are expected to be included in the 2009 shelter program. . 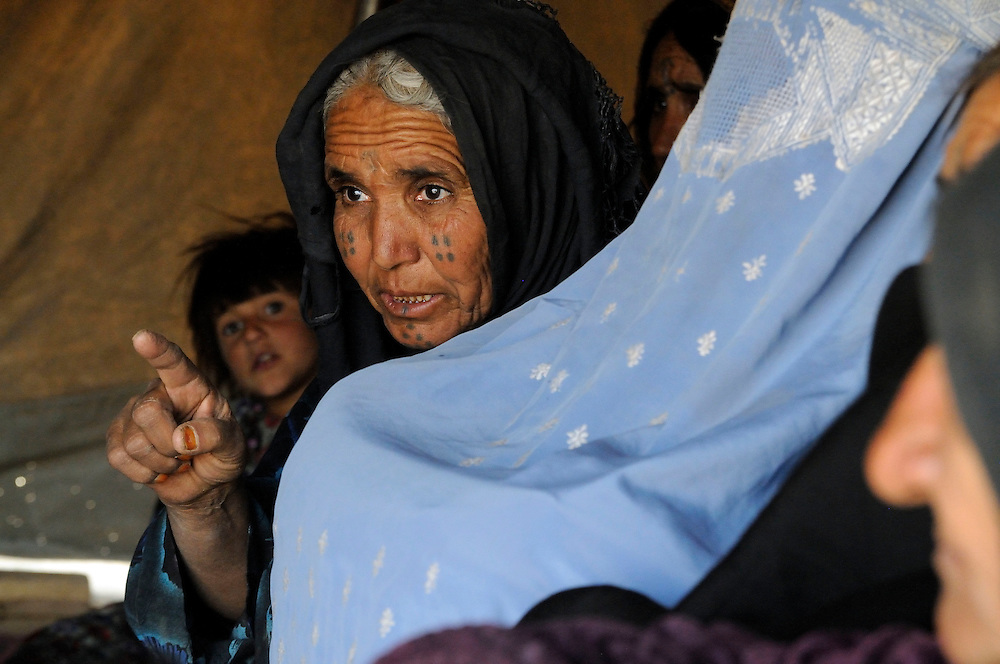